How Can We Help?

You are here:
< All Topics
John H. Shannon is Professor of Legal Studies at the Stillman School of Business at Seton Hall University. He has served on the faculty of the Stillman School since 1982. His teaching and research interests focus on the intersection of law, business and technology. His particular emphasis is on the issues and challenges propelled by digital transformation and its impact on the 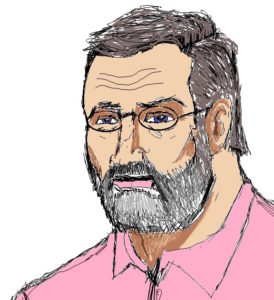 established order in business, law, and society more generally. He is co-author of three text books, Law, Business And Regulation, A Managerial Perspective, Products Liability: A Managerial Perspective, 2d Ed., and The Legal Environment of Business: A Managerial and Regulatory Perspective and several articles examining issues related to the above areas.
Recognized as an excellent teacher, Shannon has developed many innovative learning environments. He examines issues related to digital transformation in BLAW4320, Disruption, Technology & Law. Since 2008/09 he has co-led the Ideas & Trends seminar, offered by the Center for Leadership Development, that empowers students to identify and evaluate the ideas and trends affecting business, politics, culture, and society. During the 2007/08 academic year, he co-taught a joint seminar in which students from the business school formulated startup plans for ventures in Second Life, Linden Labs online multiverse, while law students reviewed the plans, identified pertinent legal issues, and provided legal advice.
Shannon was previously Vice President for University Affairs at Seton Hall University, concluding that four-year appointment in August 2001. In that capacity, Shannon led all phases of the University’s external relations, including alumni relations, development, corporate communications and government relations. Prior to his tenure as Vice President, Shannon served as dean of the Stillman School beginning that appointment in July 1994. During his tenure, the Stillman School developed several new undergraduate and graduate programs and launched several centers in support of specific academic programs. He proved to be an outstanding fundraiser and constituent builder, securing endowments that sustain several of the School’s academic centers.
He is a member of Beta Gamma Sigma, the Academy of Legal Studies in Business, the Electronic Frontier Foundation and the International Association of Privacy Professionals.
Don`t copy text!