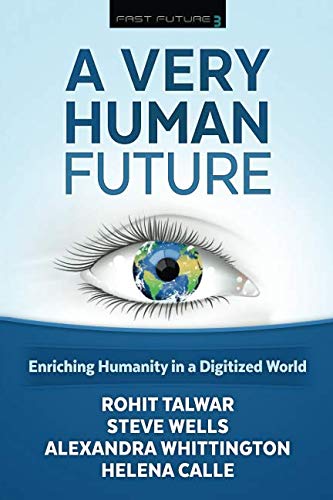 As society enters the fourth industrial revolution, a major question arises—can we harness intense technological bursts of possibility to bring about a better world? A Very Human Future illustrates how the evolution of society, cities, people, businesses, industries, nations, and governments are being unexpectedly entangled by exponential technological disruption. This is not a book about technology but an exploration of how we make it serve humanity’s highest needs and ambitions. Each chapter looks at how new ideas enabled by emerging technologies are straining the old social fabric, and proposes radical future scenarios, strategies, and actions to safeguard humanity from harm and enhance opportunity for all. This book is a manifesto for a future that is better than the past. A Very Human Future rejects an outlook where human beings live a mundane existence while technologies burst with possibility. Rather, we use this book to endorse a proactive approach to the future where technology is designed to benefit humanity purposefully and intentionally. To advocate for A Very Human Future we ask, for example, how do we use technology to overcome gender bias or to impart a meaningful education to new generations? Can artificial intelligence tools make government more trustworthy and help us deal with the impacts of automation replacing humans? What rights should people have when residing in smart cities? The scale of the new technologies requires a protective logic for moving forward, keeping humanity at the centre so that we avoid dehumanizing ourselves and future generations. A Very Human Future is not one, but many: positive stories and visions of the future can be powerful beacons for social adaptation. We argue that the time to control the narrative of the future and stake a claim for humanity is now. A Very Human Future uses knowledge as power, describing surprising ways new thinking and disruptive technology can impact society. This book explains that protecting what’s human is the key to retaining our dominance over future technological progress.


Other Books From - Social Aspects of Technology

You are Not a Gadget Media & Internet, Social Aspects of Technology, Technology & Engineering Jaron Lanier

I Live in the Future & Here’s how it Works Business & Economics, Social Aspects of Technology, Strategy Nick Bilton


Other Books By - Rohit Talwar